Sooo turns out I am in college now. Which is weird. The first week or so was kind of hard because homesickness and the absence of basically anything familiar, but I’m definitely liking things a lot better now. I’ve made friends, I’ve joined some clubs (feminist collective, pride, group theater, ballroom???) and I even go to the gym and take Zumba classes on Tuesdays and Wednesdays! It’s pretty rad. I know I look like a newborn giraffe trying to Zumba but it’s really fun AND it’s a workout! Yee!

I’d say I’ve been doing relatively well as an adult. I’m organized, I do my dishes before they grow into pets, I’m making fraaaands. I definitely do still miss home a lot, but it’s getting easier. i really like all of my classes, too. I have one that’s a writing course about the concept of sight as knowledge in medieval Europe, Women’s and Gender studies, Spanish, and a Theatre class. Also my earliest class is noon and my weekend lasts from 4 Thursday to 2 Monday which is a SWEET deal. I NEVER HAVE TO GO TO BED OR WAKE UP EARLY. COLLEGE LYFE.

I’ll post pictures and everything soon, but I just wanted to send out a quick update and some love to my internet frands. LOVE YOU GUYS. And let’s all share college experiences and advice. I’m sure I’m not the only freshman trying to figure things out, so I vote we form a support group. There will be cookies. And memes.

Why yes, yes I am covered in mosquito bites.

Hello. My name is Morgan. I’m addicted to profane rap and I know all the words. Really. It’s true. This is the last thing most people save for my very close friends expect of me, and I think that is HI-LARIOUS.

However, I do have standards for my profane rap. I try to be a conscious consumer. When I say profane, I mean it swears a lot and it isn’t going to shy away from mentioning sexuality, sometimes in very empowering and/or detailed ways. Not that it is actually really offensive to groups of people. That ain’t cool.

I like a lot of lady rappers who do not give A FLYING F what people think of them, which means their rap isn’t usually offensive to women or misogynistic and instead normalizes women’s sexuality and power and explores greater issues while using the words “titties” and “dick” a lot. The guy rappers I like tend to avoid the whole mysoginy thing, too. None of that “Up in da club yo ass the only thing I notice about you wiggle wiggle wiggle,” stuff.

I think I like it so much because the artists aren’t afraid to make people to deal with things that I consider very bogus taboos, like sexuality and swearing and being yourself shamelessly even if others don’t like it. And I love it that women rap about it because it’s empowering and I love challenging stupid gender norms. I also think I find female rappers so appealing because I’m not yet at the point where I’m not afraid to be myself (hell, I don’t even know who that is even), and it’s really nice to see these people doing just that.

Obviously, not every song I listen to is perfect. Sometimes there are sentiments I don’t agree with, a LOT of references to drinking and drugs, which I don’t necessarily relate to or promote, but the messages that I’ve talked about above speak to me more than those things. Here are some of my favorite artists right now and a little synopsis of their work.

George Watsky: Probably the most mild of the crew. He is amazing. He raps so fast, swears a lot, but is intelligent and speaks to larger issues in some of his songs. Other songs are literally about getting high and eating Chinese Food. Ps- I saw him in concert which is one step closer to marriage…so…

Brooke Candy: OHHHH How I love Brooke Candy. She does what she wants and she wants other people to do the same. Her songs are usually pretty sexual, and most are variations on the theme “I am woman and I own my sexuality and also lots of blunts so roll it up.” She was kicked out of her house for being gay, and she and her creative friends (all also gay) formed FAGMOB in an attempt to take back the offensive slang term. She also wants to take back the word slut (“It’s time to take the word back, slut is now a compliment/ A sexy ass female who runnin’ shit and confident” YASSS BROOKE CANDY YASS), which you can hear in the first song I heard of hers (and still LOVE) below:

Die Antwoord: Freaky. Weird. Their music videos are kind of gross, so be warned. You may hate them at first, but try to listen to a couple of songs. That’s what happened to me, and now I’m hooked. They have a VERY unique sound, and their rap is in a mix of Afrikaans and English. These guys are probably the edgiest of the crew, especially depending on what song you listen to  (“Girl I Want 2 Eat U”, for example, is actually a little too much for even me.), but I have mad respect for them and Fatty Boom Boom is my JAM. I’m actually going to just include an audio video because I love you and I want you to be emotionally safe. You can go watch the official video if you’re feeling brave and have a strong stomach.

Sooo yeah, that’s my weird music.  And a lot of people totally hate it (my poor family), and I GET that.  But the message “Hey, everyone be yourself and challenge a norm!” is still valid, even if the medium through which it is expressed isn’t someone’s cup of tea. And at the very least, I think this is excellent cleaning/working out music.

Plus if it counts for anything, I also love Jason Mraz and Jack Johnson. Seriously. I don’t understand it either. What is this.

Whose Blog is this Anyway? 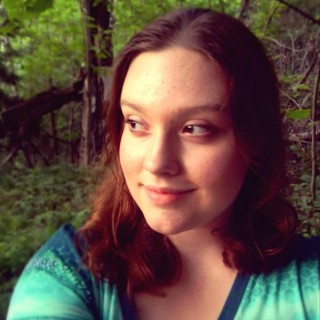 I love me some photography, cats, Pinterest, nature, crystals, and Nutella. And DIY. Plus reading. And interior decorating. Also sometimes cooking. The more you know.

Find Me Around the Internets!

My thoughts and feelings

An indie loving blog bringing you the best of undiscovered music.

She Blogs About Music

Around the World in 80 Frames

An adventurous Canadian girl & her camera - shooting and blogging the world

For Readers and Writers

A Narcissist Writes Letters, To Himself

Writings of a Pagan Witch

A Common Sense Approach to Witchcraft

Musings of a Writer

The destruction of Earth is imminent.

Theatre Discussion From Broadway to Your Hometown